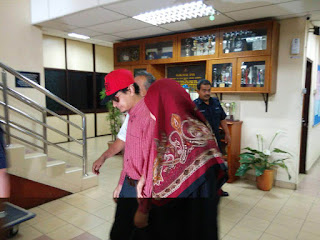 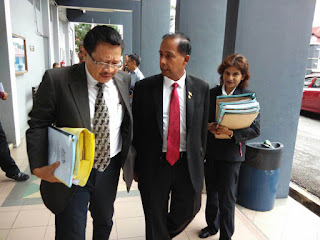 However the Dr accused stated that he chooses to remain silent and will not not testify to the charges. .

The defence case has been fixed on 17 October 2016 and 18 October 2016. Defence Counsel Tun Ammar has stated that there will be three witnesses to be called and out of which one witness is a psychiatrist.

Jamal Md Yunus should reveal his source of fund

He said he would pay RM 500 yesterday and another RM 500 next year.

In March this year, former information and tourism minister Tan Sri Abdul Kadir Sheikh Fadzir said he quit Umno in 2012 to form Parti Ikatan Bangsa Malaysia (Ikatan), because of the prevalence of money politics in the Malay ruling party.

Jamal’s announcement therefore has shown the practice of money politics mentioned by Tan Sri Abdul Kadir.
It has also shown that money politics is much alive in Umno today.

His announcement has raised one question, that is where and what is the source of his funds?

If it is from his division or donation, then he should be transparent about it, especially there was allegation last year that he was given RM 3 million by the Prime Minister Najib to organise the United People’s Gathering but which he had denied.

If Jamal is not prepared to be transparent on his source of fund, then MACC should move in and carry out an investigation.

Is Jamal Yunus the real face of UMNO? When if ever, money politics will end in Malaysia?
Posted by M. Kula Segaran at 1:43 PM 0 comments