How Smart Contracts Could Change the Way You Do Business

What exactly are smart contracts, and how might they impact your business? Smart contracts are self-executing contracts, with the terms of the agreement directly written into lines of code. The code, and the agreements contained within it, exist across a blockchain network.
Smart contracts were first proposed in 1994 by Nick Szabo. In 1998, he invented a virtual currency called ‘Bit Gold’ – a full 10 years before the invention of bitcoin. Importantly, smart contracts permit the facilitation of trusted transactions and agreements without the need for a central authority, legal system, or any other external mechanism. As a result, these transactions are traceable, transparent and irreversible.
Twenty-four years later and the opportunity for smart contracts is starting to emerge. In fact, Gartner estimates that by 2022, 25% of global companies will use certain smart contracts.
French insurance company AXA is using blockchain technology to offer flight delay insurance via an app called Fizzy. If your flight is more than two hours late, and your airline details are loaded into the app, you’ll automatically be notified with compensation options.
Once you’ve made a choice, the money is sent directly to your credit card. This use of smart contracts is based on parametric insurance, in which users are not compensated for total loss, but loss outside the traditional rules of insurance. The insurance is based on a triggering event. In this instance, the event is the flight being more than two hours late.
READ: The Importance Of An In-House Legal Counsel
Meanwhile, Propy, which describes itself as the world’s first international real estate marketplace, allows buyers, sellers and all other parties to do business through smart contracts. For example, an interested buyer can reserve a property by paying a set amount to the escrow company currently holding it. Thanks to the terms of the smart contract, the buyer will get that money back if the seller refuses to sell the property. All paperwork and signatures are facilitated remotely, through the app, making it easy to buy and sell property, regardless of where you live.
There’s no doubt that blockchain technology and smart contracts will have a huge impact on the redistribution of power and wealth. Most industries will feel the effects in one way or another. The legal fraternity, in particular, will be turned on its head. But will smart contracts rid the world of lawyers entirely? The answer is no.
Why? Well, first and foremost, someone needs to create the contract terms. Also, a large part of a corporate lawyer’s job is custom contract drafting. Larger deals will always require bespoke legal services rather than a one-size-fits-all approach. It’s also worth noting that since the blockchain is permanent, smart contracts that are not programmed for pre-established modifications could be difficult to amend.
Finally, it’s important to remember that the value of a lawyer isn’t in the contract they write – it’s in the legal advice they provide. This advice is specifically tailored to each client’s individual circumstances.
It’s important to note that smart contracts come with their own set of risks. In 2016, a digital investing organisation called The DAO was hacked due to a vulnerability in its foundational smart contract. The hacker took off with more than $50 million. The problem was not the Ethereum blockchain supporting The DAO, but the code of the smart contract framing the organisation. In short, the smart contract was written in such a way that made The DAO vulnerable to hackers.
There’s no denying that smart contracts will have a wide-reaching impact. What’s more interesting is how smart contracts will be implemented. For example, it’s likely that we will move to a world where smart contracts are a combination of paper and digital content, whereby contracts are verified and executed via blockchain and substantiated by hard copy, and yet still digitally signed.
Posted by M. Kula Segaran at 8:43 AM 0 comments

Direct benefit to the workers 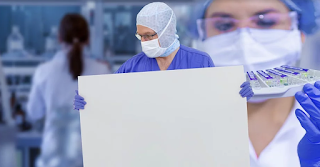 The International Labour Organization warned last Wednesday that the economic fallout from coronavirus could cause the loss of up to 25 million jobs. As on last Saturday, Malaysia has reported 1306 cases and ten deaths. Our governments and medical staff are doing their best to arrest this geometrical progression, as seen in China and Italy. The coronavirus crisis is putting on everyone under pressure. At these bad times, job security and job loss is a concern. Some sectors of the Industry is organizing, continue work from home, the however majority will struggle to maintain if the lockdowns are continuing. One of the key sectors is people working in the unorganized sectors, contracts workers and temporary workers. Based on different scenarios, the pandemic could lead to an increase in global unemployment ranging between 5.3 million, according to the most optimistic projection, and 24.7 million in the most pessimistic hypothesis, according to a ILO report.

Whether self-employed or salaried, workers can go overnight with no money or a significant drop in income. This lack of employment is mainly due to quarantine, which is also very necessary. However, during the shutdown, there should be minimum wages to pay for all workers.

The organizations must take urgent measures to protect workers at their workplace, boost the economy and jobs, as well as support jobs and incomes. Actions require prompt support of social protection and support for job retention. To avoid layoffs and the difficulty of restarting the economy after the epidemic, the government should facilitate access to short-term working.


Protect financial support to all workers while providing direct assistance to employers.

At one side, the government has to take care actions to stop coronavirus epidemic or the measures taken to limit the spread of the virus, as well as financial aid to companies and workers.
The government must ensure that all affected SMEs Organizations must be given with benefits such as direct subsidy, tax benefits, and for workers with a lumpsum grant to each person.

To revive this loss, we need to have comprehensive measures to protect our workers, boost the economy and support jobs. Financial support to the employers will keep the businesses intact. This support can be Tax and monetary relief for SMEs and micro-enterprises, that support employment.

1. The direct benefit to the workers: In the wake of the Coronavirus outbreak, Govt must provide what is necessary to prevent the loss of jobs and give direct support to workers during these difficult times.

2. Nutrition program: Lot of workers would have undergone, assessment and observations. Nutrition support has an impact .

3. Emergency to reach money to needy: There must be an immediate lump sum and a minimum wage and also to preserve their purchasing power.

Hospitals, clinics, health workers in particular, are in high demand in the current situation. At this emergency, Hospitals can't employ their staff in compliance with all legal provisions, given their extraordinary workload and limited staff. Hospitals can even call back people retired recently to support the system. They will be allowed as much flexibility as possible and build a huge army of the medical team and supports systems. The priority remains the same: that is arresting the epidemic spread, however ensuring sufficient protection for medical and nursing staff, care assistants and all other persons involved is also critical. They must be well supported for valuable contributions and the extra time they contribute while protecting the rest of society.
Posted by M. Kula Segaran at 10:45 PM 0 comments

Design thinking for who do not think they are creative. 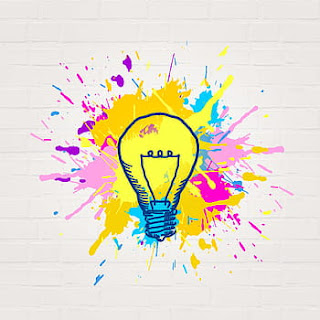 Design thinking is a human-centred approach to innovation. It is a method or a process of global design, centred on the user, to realize innovative services or products. This innovative method has more than 50 years of existence. Now the corporate world is making it as a practice. Without innovation, organizations cannot survive anymore. Whether it is an incremental or radical; innovation is the key to survive. Moreover, change in the business environment is forcing product managers and product/service developers to think new values to consumers

Design Thinking is not about gut feel or intuition. It is not about being creative. It is based on an original method, precise and rigorous to think and solve. This is what allows it to be adaptable to any problem and exploitable by everyone, even those who do not think they are creative.

Your thinking is to learn and apply to:

Design thinking offers the same opportunity to develop digital tools that capture the imagination of developers, companies and customers. Design thinking can be the catalyst for doing great things. It's not there yet, but it can be if you overcome the challenges.
Posted by M. Kula Segaran at 9:11 AM 0 comments