Kindergarten teacher M Indira Gandhi has filed an application to recuse two Federal Court judges, Chief Justice Arifin Zakaria and Court of Appeal president Md Raus Sharif, from hearing the case on the unilateral conversion of her children by her Muslim-convert husband.


Ipoh Barat MP M Kulasegaran, the lawyer who is acting for Indira, said this was due to both of them being involved in past cases pertaining to unilateral conversions.


“We have also asked for a panel of judges who are multiracial, multireligious as per the population of the country, and finally it should be multigender based. We have also asked other apex court judges not to hear the case,” said Kulasegaran.


However, during the case management today, Federal Court judge Justice Zahara Ibrahim said parties must take into consideration on the number of judges in the apex court.


She also opined that she herself may be disqualified from hearing the leave application as she had presided over Indira's case against inspector-general of police Khalid Abu Bakar where the decision is pending.


Justice Zahara indicated to parties that she will discuss this issue with Justice Arifin (photo) and a decision will be made.


In the meantime, Kulasegaran who appeared with lawyer Aston Paiva said that they will write to the Registrar of the Federal Court listing out the reasons why the present judges at the apex court should not hear this appeal.


It was reported last month that eight questions of law will be posed before the apex court when Indira's lawyers filed the application for leave to appeal.


Although the questions were not heard in court, it is speculated that this may include Malaysia's position in international convention like the United Nations convention on the rights of a child where the country is a signatory, question on jurisdiction between the civil and syariah court and whether children born out of a marriage from civil law must comply with the Administration of the Religion of Islam enactment of the respective states.


Asked how the respondents felt about the questions during the case management, Kulasegaran said they wanted it watered down.


Meanwhile, the Federal Court has fixed May 19 on whether to permit Indira's appeal over the conversion be heard on its merits.


In other words, the apex court has fixed the date to hear Indira's leave application.


Senior federal counsel Shamsul Bolhassan told reporters of this date after attending the matter which came up for case management today.


The Court of Appeal had previously made the decision that the civil court has no jurisdiction to determine the issue of conversion as it is in the realm of the syariah court.


Prior to that, the Ipoh High Court had declared the conversion of the two children to be null and void.

DAP MP for Ipoh Barat M Kulasegaran appealed to the trustees of the Vivekananda Ashram to accept “in the best interests of Indian Malaysians” today’s High Court decision to disallow their application to quash a ministerial decision to gazette the ashram as a heritage site.


“The court decision should be the end of the attempt by the trustees to redevelop the site as a commercial venture which would have dwarfed its cultural significance,” said the the federal legislator, who has led the campaign to prevent the site from being subsumed by development.


On Oct 28 last year, Tourism Minister Mohd Nazri Aziz announced that the Vivekananda Ashram in Brickfields would be gazetted as a national heritage site.


The ashram was built in 1904 to mark the visit to Malaysia of Hindu savant Swami Vivekananda, a world-renowned exponent of what he felt was the underlying unity of various religious beliefs.


last year the trustees of the ashram moved to redevelop the site, proposing to build a 23-storey residential block, including an eight-storey car park.


This move ran into a gale of opposition by residents of Brickfields and assorted keepers of the memory of the Hindu holy man.


They felt that though the ashram had fallen on lean times, the redevelopment plan would result in a diminution of the ashram’s cultural and religious significance.


The trustees filed an application in the High Court to quash the minister’s order but on Jan 6, they told the court that they would like to discuss the matter with the minister before pressing on with the application.


But Nazri declined to meet with the trustees, contending that the gazette order was final and irrevocable.


“I salute the minister for being resolute on turning the site into a national heritage one,” said Kulasegaran.


Today’s court decision to disallow the trustees’ application to quash the gazette order means that their redevelopment move is even more unlikely to materialise.


“I urge the trustees to accept the court’s decision in the best interests of Indian Malaysians,” said Kulasegaran.


The DAP national vice-chair said the ashram should open up its membership to those who can to help it garner funds for its educational and cultural projects.


“The membership is far too restricted with the result that it is short of the energy and inspiration that could sustain its activities,” said Kulasegaran.
Posted by M. Kula Segaran at 8:12 PM 0 comments

Kula: Let the refugees already in M'sia do their jobs

The federal government should do the practical thing by allowing refugees already in the country to earn a living here, rather than invite a new influx of workers from abroad, said parliamentarian M Kulasegaran. 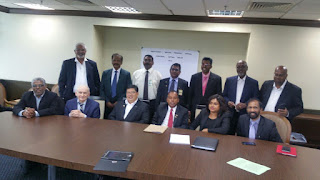 The Ipoh Barat MP - who is also a member of the Malaysian Parliament's Sir Lanka caucus - said figures compiled by the United Nations High Commissioner for Refugees (UNHCR) hold that the country has 150,000 refugees, asylum seekers and illegal immigrants registered with the UN agency.


“Why bring in 1.5 million workers from Bangladesh when there are, and have been for a long time, one-tenth of that number here under the general category of refugees?” asked the DAP national vice-chair.


The government ought to be pragmatic and allow this suffering lot of refugees already here to earn a living, rather than consign them to the pathetic fate they endure every day of their wretched lives,” asserted Kulasegaran. 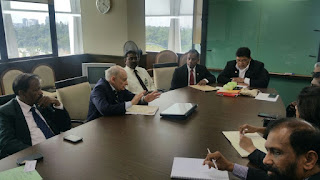 The federal legislator was speaking after a meeting of the parliamentary caucus, headed by PKR MP Johari Abdul in Kuala Lumpur yesterday. 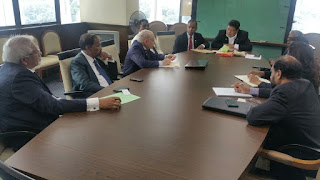 Kulasegaran said the government's plan to bring in 1.5 million workers from Bangladesh and resettle 5,000 Syrian refugees in the country raises the issue of selective treatment of wretched masses from abroad.


“We have refugees here - among whom are Bangladeshis, Rohingyas, Tamils, Myanmarese, Pakistanis and unspecified others - who yearn to work and earn a living. Why not put them to work, rather than see them languish in desperation?” he queried.


“If the economy continues to need low-paying labour, we should do the pragmatic thing and allow the refugees already here to work,” he said. 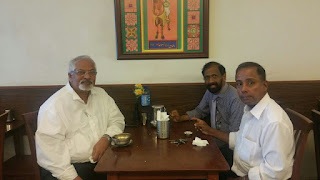 Kulasegaran said that sending the Rohingyas and Tamils back to their countries of origin would very likely leave them open to the human rights abuses from which they have fled.


“Many of them have been here for years and the compassionate thing to do is to allow them to work,” he pointed out.


He emphasised that Malaysia should adhere to the UN Convention on Refugees even if it is not yet a signatory - because that is the decent thing to do.
Posted by M. Kula Segaran at 10:42 AM 0 comments

The Attorney-General's statement that prime minister Dato Seri Najib Razak has not committed an offence of bribery thus no further investigation is needed and informing the anti-corruption office to close the file does not come as a surprise.

What must irk the Malaysian public is the AG's disclosure that the money came from the Saudi royal house by way of a gift. If that is a gift then why must it be returned? AG is behaving like a cat which thinks that the whole world is dark just because it closed its eyes. The AG may be satisfied but the Malaysians are not.

What AG should have done is to bring the matter to court and let it clear Najib. Whatever the AG says in respect of the corrupt acts of Najib it will be assumed that the handpicked AG to replace the former chief prosecutor will be loyal to Najib. The pertinent questions which the AG had to answer are:


1) A gift is a gift, so why was it necessary to return?
2) To whom it was returned?
3) Is the Bank Negara aware of this refund?
4) Since it was alleged that the donation was for 13th GE, how did
Najib raise the amount to refund?