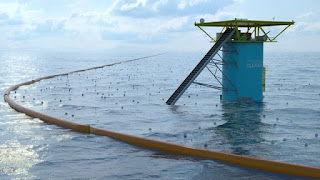 
In the era of digital start-ups and large organisations, innovation is the crucial foundation of many successful business strategies. In fact all companies keep innovation as part of their documentations . But to succeed, practice and promote it as a policy.  Whether healthcare, or manufacturing, Social Innovation is playing a vital role in the process of transformation of the company, its culture and its ways of doing things.

Innovation can be in any format. It can be a new technical process that solves a huge problem. It can about introducing new products or services, new sources of raw materials, new service delivery or new models of work organization. The innovations are known for their impact on the users/ society. It can be a radical innovation - major and incremental innovation - minor. Innovation can happen out of necessity. Boyan, a 19-year-old Dutch boy, has just invented a viable solution for cleaning the oceans of the millions of tonnes of plastic in it, but note, he is not the only young spirit engaged in this kind of task. This new generation is committed, they care about their environment and wish to build a lasting heritage for the community.

Social innovation has become a necessity:

For investors who measure the positive or negative impacts since climatic and societal constraints have become a risk factor.
For the company, which makes profits by meeting the expectations of consumers who are turning massively to ecological, social and sustainable solutions.
For customers, by offering consumption experiences with economic, social and environmental benefits.
For employees, whose employee experience is improved: personal satisfaction, compensation for the individual and collective performance, more collaboration and more respect for work-life balances.

Organizations must hold innovation in high esteem and values ​​its significance.  Social innovation, therefore, requires going beyond the framework and rethinking conventional models, integrating social and environmental considerations at the heart of economic issues.
Posted by M. Kula Segaran at 8:36 AM 0 comments

Role of Social intelligence for all 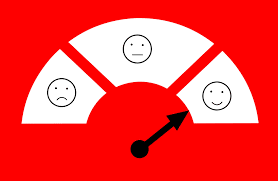 How to arm the social intelligence for teamwork in organizations?:

Our personal, professional success depends less on our IQ or organizational success depends on collection intelligence. Our qualifications and technical competence is one step below than on our emotional skills for building excellence in our performance,  says American psychologist Daniel Goleman.  A concept that was discovered in the 90s by American psychologists Peter Salovey and John Mayer, Goleman was the first to democratize emotional intelligence and make it an asset, even a strategic issue for companies. In just a few years, Emotional intelligence has become an increasingly sought-after skill. This intelligence has little to do with what we have learned in school and goes beyond the intellectual abilities and technical skills required for the job.

Emotional intelligence aims to identify its emotions and the reasons behind them. It also involves recognizing the feelings of others, understanding their origins and creating the conditions that transform negative emotions into positive ones. Besides, EI is particularly useful in many areas, such as:


The employee is regularly confronted with the influence of his or her emotions, but also those of his/her colleagues & the society. The company now operates in a complex, changing, volatile and violent world. The violence is not physical, but economic, political, psychological and social. Emotional intelligence takes on its full meaning in businesses, public services and local and regional authorities.

Management techniques by emotional intelligence have already initiated in some organizations,  at the forefront of managerial methods  and systems, especially companies looking for business transformations

However, this technique, the father of which is the American psychologist Daniel GOLEMAN, has shown its formidable results and effectiveness.

D GOLEMAN has researched hundreds of companies, studied thousands of cases and drawn the following conclusions: the people who succeed, the most effective managers, the business leaders who prosper are not those who have the better Intelligent Quotient, but those with good Emotional quotient. EQ is the emotional quotient that measures emotional intelligence.


We should train employees and managers to build social intelligence that can transform the organization to synergy and higher growth.