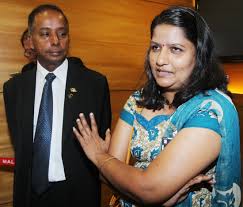 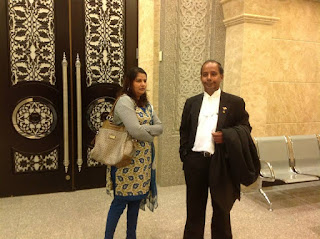 Today the interfaith case of Indira Gandhi came up in the Federal Court for case management before the registrar. The court fixed 14th and the 15th November for full hearing of this matter.

The matter first came up in the High Court of Ipoh on 9th June 2009, where Indira filed a motion at the High Court to quash the decision of the Syariah Court dated 8th April2009 which Court had given custody and control of the 3 children to Muhammad Riduan Bin Abdullah. The case has been filed against 6 Defendants namely 1.PENGARAH JABATAN AGAMA ISLAM PERAK 2.PENDAFTAR MUALLAF 3) KERAJAAN NEGRI PERAK 4) KEMENTERIAN PELAJARAN MALAYSIA 5) KERAJAAN MALAYSIA 6) PATMANATHAN A/L KRISHNAN (known as Muhammad Riduan bin Abdullah)

On 28th July2010, the Ipoh Civil High Court gave leave to quash the decision of the Syariah Court to Indira notwithstanding to the strenuous objections from the Attorney General‘s office.

The Federal Court on May 9th granted the kindergarten teacher leave for the highest court in the country to decide on three questions of law on the conversion of the children.
This came after the Court of Appeal having, in a majority 2-1 decision on 30th Dec 2016, overturned the Ipoh High Court decision that declared the unilateral conversion as illegal and hence, null and void

We had initially suggested 9 questions to be argued. But only 3 questions were allowed to be argued and will be decided before the Federal Court and they are as follows:

1) Whether the civil High Court has exclusive jurisdiction to review the actions of the Registrar of Muallafs (converts) or his delegates as public authorities exercising statutory powers vested by the Administration of the Religion of Islam (Perak) Enactment 2004;

2) Whether a child of a civil marriage that has yet to turn 18 must comply with both Sections 96(1) and 106(b) of the Perak Enactment or similar provisions under other state laws before the Registrar of Muallafs may register the child’s conversion to Islam;

3) Whether the mother and the father (if both are still surviving) of a child of a civil marriage must consent before a certificate of conversion to Islam can be issued in respect of that child.

As the case is of great public importance it is hoped the Chief Justice will convene a full bench of Judges to hear the case in the apex court
Posted by M. Kula Segaran at 4:20 PM