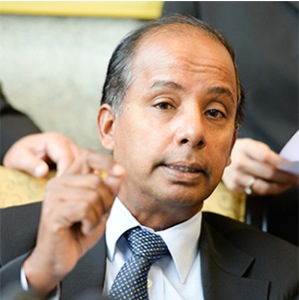 
This is despite the fact that Guan Eng has explained the issues well and the seller Ms Phang Li Koon has also by way of statutory declaration made the necessary explanations.

There have been attempts by cybertroopers to confuse the public that Guan Eng’s case is similar to Khir Toyo’s case but the truth is that both cases are not the same.

Guan Eng has explained that the purchase was a sub sale and not from a private developer. He has also clarified that the Taman Manggis land was sold to Kuala Lumpur International Dental Centre Sdn Bhd (KLIDC) via open tender and that Ms Phang has no interest in KLIDC.

Yet Umno, Gerakan and Mca leaders have chosen to ignore the explanations and have been harping on the land sale and bungalow purchase as if Guan Eng ahs something to hide.

I find that it is comical for Umno, Gerakan and MCA leaders to behave like brave lionson the bungalow purchase issue, yet like timid rabbits on the 1 MDB scandals.

Their behaviors only show their double standards when it comes to issue of integrity. It is not hard to see that their real motive is to divert public attention from the 1 MDB scandals.

But I dare say that their attempt to smear Guan Eng and DAP as well as to divert public attention will fail. I hope they will all be ready to apologise publicly when investigations prove that Guan Eng has done no wrong as alleged.

DAP leaders have full confidence and trust in Guan Eng and the Penang government. We will give full support to Guan Eng as he faces the fierce but baseless attacks from BN leaders and cyber troopers.

I wish to thank DAP supporters who have been helping the party to spread our explanations and counter attacks in the social media. I call on more supporters to help us to counter the enemies’ lies and falsehoods and to keep the Save Malaysia campaignmomentum going.