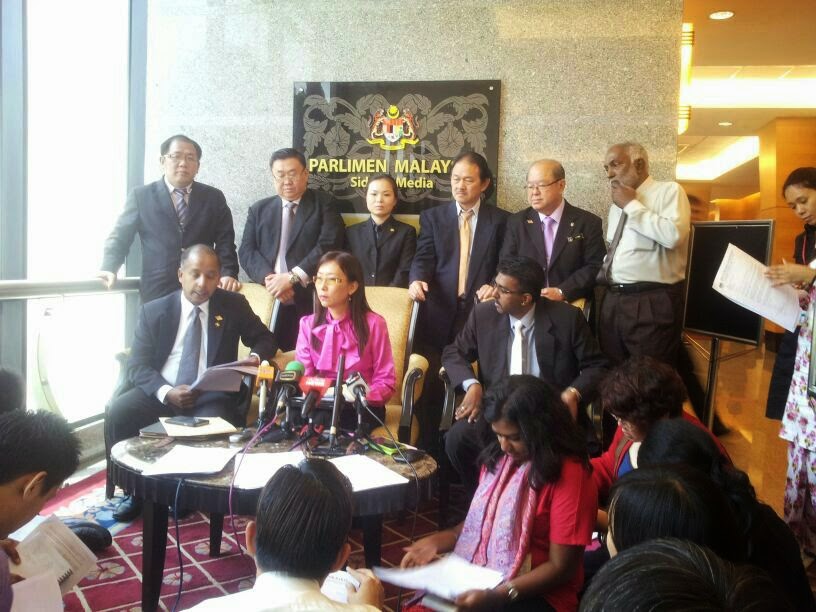 There has been incessant twisting of the Onederful video produced by Seputeh MP Teresa Kok in conjunction with 2014 Chinese New Year.

There have also been baseless attacks against Teresa Kok for the video. She has been accused of insulting Malays, Islam , Royalty and our security forces. She was also accused of poking fun at the Lahad Datu tragedy.

But these attacks and allegations are all baseless as her video do not touch on race, religion, rulers, our security forces or Lahad Datu incident.

Among those who have falsely attacked her was Cabinet Minister Datuk Shafie Apdal who accused her of mocking our security forces and Lahad Datu tragedy.

But Shafie has now gone quiet after being heavily criticized for his baseless and dangerous accusation.
Whether one agrees or disagrees with the contents of the video, one must not twist the contents and meaning of the video.

It was most unfortunate that immediate attempts to refer both MPs to the Privilege Committee failed due to the decisions taken by the presiding Deputy Speakers.

Making false allegation against a fellow MP as well as misleading the Dewan is no light matter.
What more when the accusation can have the potential of inciting hatred against an MP.

Hence, I have submitted a motion under Standing Order 27 to refer both MPs to the Privileges Committee.

I call on the BN whip Tan Sri Muhyiddin Yassin to ensure that time will be allocated for debating this motion.