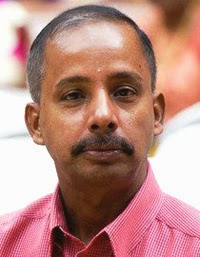 
Waytha’s quitting exposes Najib’s bad faith and Hindraf’s poor judgment
Prime Minister Datul Seri Najib must publicly apologize to the Indian poor for “having committed a historic act of betrayal to the Indian community.”
Hindraf Chairman and former deputy minister P. Waythamoorthy yesterday apologized unconditionally to the Indian community for not being able to fulfill the socio-economic programs pledged after signing a memorandum of understanding (MoU) with Barisan Nasional (BN) just before the 13th general election.
On Feb 8, Hindraf secretary P Ramesh, in a statement had said:“Hindraf’s only regret is that we have not been able to deliver the changes to the Malaysian Indian poor that we had promised with this initiative.  We sincerely apologize to them for the hopes we raised.”
He has also described Najib and BN as having “committed a historic act of betrayal to the Indian community by not honoring the MoU.”
Malaysians yearning for political change were shocked, angry and felt betrayed when Hindraf signed the MoU with BN prior to last year’s general election as it was obvious to all that the signing was merely an opportunistic move to win Indian voter support for BN.
Although the Prime Minister Datuk Seri Najib Razak had often talked about his willingness to help the Indian community, we in the opposition did not believe that he can or will walk the talk.
If the BN government was committed to resolve the woes faced by the marginalized Indian community, it could have done so since it has been the government for decades. It was obvious that it was only a question of time before Hindraf would be betrayed by theBN.
Time has proven that Hindraf made a grievous mistake in trusting the Najib administration and in giving the Indian poor false hopes.
Wathamoorthy was dealt another slight when the Prime Minister,who would have been apprised of Hindraf’s advance notice of Wathamoorthy‘s resignation, did not lift a finger to dissuade the deputy minister.
After Wathamoorthy tendered his resignation on Feb 10, Najib’s reaction was that Wathaymoorthy should have discussed the matterwith him before opting for resignation. Now Wathamorthy says at least 16 meetings were held with Najib to resolve Indian issues.
Now who is speaking the truth? Najib or Wathamoorthy?
Why weren't the deliberations made public by Waythamorthy?
It would appear that with the general election over, Waythamoorthy has outlived his political usefulness to the BN government.
However, Najib must know that his commitment was not to Hindraf only but to the Indian community. He must therefore publicly apologize to the Indian poor for “having committed a historic act of betrayal to the Indian community.”

Email ThisBlogThis!Share to TwitterShare to FacebookShare to Pinterest
Labels: Najib did not fulfill his commitment to the country, PM betrayed indian poor society