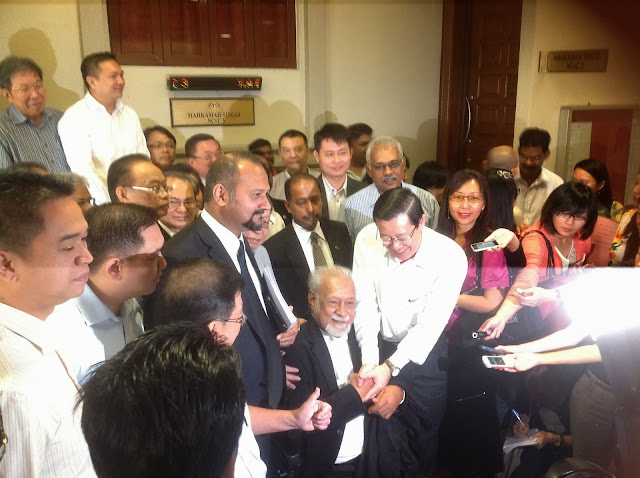 Justice has been served after the High Court today allowed the application by party secretary-general Lim Guan Eng to strike out a suit and an injunction by former Ladang Paroi DAP branch vice-chairman A. David Dass, who claimed that members were not given 10 weeks' notice to hold the election.

Article 46 of the First Schedule of the DAP constitution clearly states that Central Executive Committee Election can be conducted through a Special National Congress and no one should doubt that the DAP leadership will want to do anything that is ultra virus the Constitution.

The Registrar of Societies (ROS )Director General Datuk Abdul Rhaman has certainly not understood the DAP constitution when he claimed that CEC election must be done through a normal Party Congress.

There has been a campaign of lies against the party and some DAP leaders by some former DAP members. Their lie campaign has been supported by BN controlled media like Utusan Malaysia.

I therefore call on all Congress delegates to turn up in force at the Special Congress scheduled on coming Sunday and to give their support to the present leadership so as to prove to ROS and BN that DAP will stand united in the face of most unfair, unprofessional decision by ROS to direct a fresh CEC election without giving any reason.

Let’s all prove to those who want to tarnish the DAP image and sabotage the reelection that DAP delegates are matured, disciplined members who will never allow anyone to destroy the party in any way.