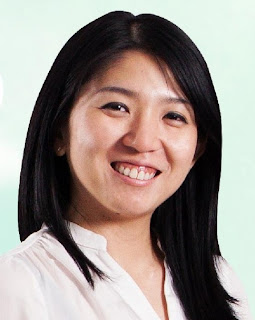 Yeo said Petronas funds have been used in the past for several ‘bailouts’.

On July 31, Fitch revised the outlook on Petronas Long-Term Local Currency Issuer Default Rating (IDR) from “Stable” to “Negative”. A day before that, it also made the same revision to Malaysia’s sovereign debt outlook.

“For Petronas, the dividend is paid to the government but the dividend payout ratio is not capped, i.e. the government has the authority to decide on how much to ‘withdraw’ from Petronas every year,” the DAP’s Damansara Utama assemblyman Yeo Bee Yin said in a statement yesterday.

This ability to dictate how much Petronas should pay has also led to the funds being used for “bailouts”, she added.

“Some infamous Petronas bailouts are the bailout of Bank Bumiputra in 1985 and 1991 as well as the Konsortium Perkapalan Berhad bailout through MISC in the 1997 financial crisis under the reign of Dr Mahathir,” Yeo said.

“Therefore, we call upon the federal government to re-consider the proposal of Petronas in 2011 to cap the dividend payout ratio so it has sufficient cash to reinvest in oil and gas exploration.”

Petronas has also baulked in recent years over its status as Putrajaya’s “piggy bank” and in 2011 sought to limit the amount of dividends — then reaching nearly 75 per cent of its annual net profit — made to the Malaysian government annually.

The firm said then that the unlimited drain on its funds constrained its ability to reinvest and grow its business.

The Najib administration agreed in 2012 to limit this to 30 per cent of net profit beginning this year, but it is unclear how binding the informal deal will be ultimately.

“As of now, more than 50 per cent of Petronas net profit is paid as dividends to the government, well above the average of 38 per cent paid by national oil companies around the world,” Yeo said.

This rendered the state oil firm more vulnerable to future revisions such as the one just made by Fitch Ratings, she said, noting that ratings firms were “sensitive to post-investment cash flow, which is defined as cash flow from operations less capital expenditure, acquisitions and dividend.”

Aside from the free flow of funds from Petronas, Yeo added that allowing the prime minister to have sole control was imprudent as the temptation exists to draw upon the firm’s resources heavily during times of economic trouble, forcing the firm to fund its own expenditure with debt.

“In addition, there is a need for the amendment of Petroleum Development Act 1974 so Petronas will be accountable to the Parliament and not only to the prime minister,” Yeo said.

“Petronas long-term survival and its governance are important to ensure the rakyat can benefit fully from the natural resources endowed to the country.”

Prior to Wednesday’s downgrade, Fitch also revised the outlook on Petronas’s Foreign Currency IDR to “Negative” from “Stable” in September 2012 given the sovereign’s growing influence over the company’s free cash generation.

Petronas is Malaysia’s sole representative on the Fortune Global 500 list of the world’s largest firms.
- See more at: http://www.themalaymailonline.com/malaysia/article/dont-kill-goose-that-lays-the-golden-eggs-dap-reps-warn-putrajaya#sthash.sst8ezud.dpuf